OK - time to walk the walk

So the die has been cast; Little England it is.

I'm not going to say it's 'alright'; from what I can see right now what is happening in and to the UK is most definitely Not Alright, but I'm trying to remain optimistic.  To that end, if you voted 'Leave' last Thursday I would really, really, love it if you could explain why you did so.

In fact, I'm begging; please, please, please, tell me why you voted 'Leave' - without using any of the already debunked pre-referendum promises or that load of old toss phrase 'take back control' - and I will listen.

I promise not to judge, I promise not to argue with you.  I am simply looking for positive, realistic, and quantifiable reasons for your vote - surely it shouldn't be that hard to come up with some?
Posted by Potty Mummy at Wednesday, June 29, 2016 No comments: 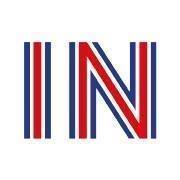 No prizes for guessing this fact, but I'm voting Remain in Thursday's referendum on the UK's membership of the EU.

It seems like common sense to me to do that, but just in case it doesn't to you, I'm going to tell you what's led me to make this decision.

I suspect that, like me, you've felt bombarded by the figures and the stats that both sides of the debate have been throwing out in the last few weeks, so I'm not even going to start with the financial benefits or otherwise (although what are we, Area 51 Conspiracy Theorists?  The 'Leave' camp seems to expect us to join them in ignoring the advice to Remain flooding out from an overwhelming majority of highly trained and respected organisations and individuals, just because it doesn't fit their Brexit agenda,)

And in any case, financial reasons aside, there are plenty of other reasons why I think it's important for Britain to stay a part of the EU.


Now I come to think of it, I have yet to meet a returned expat in the UK who wants to vote anything other than 'Remain'.  Perhaps that's because we've seen the alternatives to living outside Europe firsthand, and don't rate them very highly.  Ultimately it comes down to this, for me at least: we can stay in the EU and work towards making life better for all 500 million of it's citizens - starting with you, and your family - or we can Leave.  Quit.  Run away.  Pull up the drawbridge.  Take our ball and go home to play alone, like the sulky child who doesn't want to share their cake at the birthday party.  Behave like Little Englanders.


Every vote counts in this referendum.  If you're planning on putting a cross in the 'Remain' box, please make sure you get down to the polling to do so on Thursday.

Email ThisBlogThis!Share to TwitterShare to FacebookShare to Pinterest
Labels: Being a returning expat, EU, living in Europe, Referendum, Remain

You think your parenting duties keep you busy?

Last week the Boys and I walked past a pair of swans and their nine cygnets.

Don't believe me?  Here's a photo. 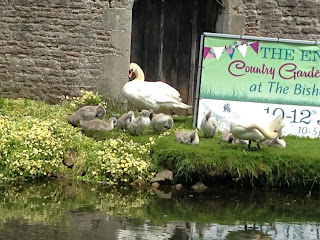 You might be forgiven for assuming this was some sort of swan creche - I know that I did - but I checked and no, it's not; those swans really do have nine little beaks to keep fed.

Is it just me, or do the parents look a little... harrassed?  Somewhat beset?  A little bit, 'can I just have 5 minutes to myself to go to the loo in private?'  Or slightly 'well, it seemed like a good idea at the time, but now that all those eggs have hatched I'm not sure this was exactly what I intended...'?

Captions in the comments box, please...